Andy Reid visited BrightHQ to share his lessons on bravery, self-belief and goal-setting. 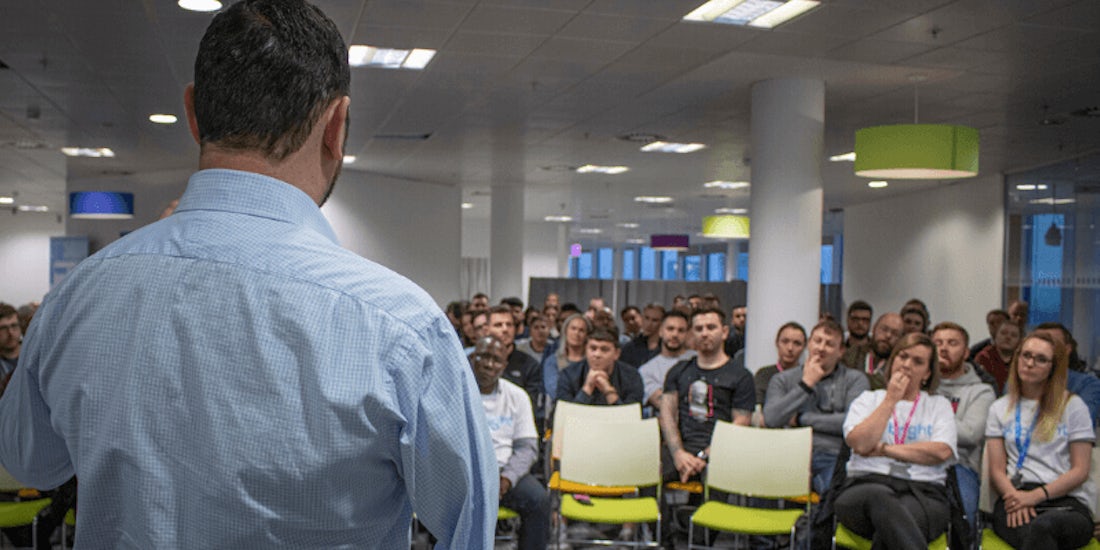 Last week we had the honour of introducing Andy Reid, our new Brand Ambassador, to our team here at Bright. As a successful business owner and avid user of BrightHR, Andy’s the perfect person to represent our business.

But it’s not just his achievements as a businessman that make him a great fit for us. Andy’s overcome incredible personal challenges in his life that make him a true role model to our staff and our customers.

It was thought that Andy wouldn’t survive from his injuries, but Andy defied the odds to the extent that, within a month, he was able to meet up with members of his patrol again. What he’s achieved since then can only be described as unbelievable.

Andy now owns and runs several businesses and gives motivational speeches on the power of self-belief and goal setting. So we were thrilled when Andy said he’d come into BrightHQ for the day to talk to our people…

Andy had us hooked from the moment he started to tell his incredible story.

He told us about his early years as a teenager trying to make it into the army, explained all about his career as a Corporal, and described the incident that would change his life forever.

But rather than let his injuries define him, Andy turned his attention to his recovery. He explained how his strong mind-set and will to live the best life possible pushed him to set small goals for himself.

From building up the strength to lift himself out of his wheelchair, to getting down on one knee to propose to his girlfriend, Andy displayed astounding courage in how he adjusted to his new life.

And he hasn’t stopped setting goals for himself. So far, Andy’s achieved incredible feats such as skydiving, taking part in the 100km Front Line Walk, and completing the Warrior Challenge (cycling 500 miles and kayaking 100 miles)—and we can’t wait to see what Andy does next.

We can only thank Andy for sharing his incredible story with us. We know it will be one our staff always remember.