Andy Reid MBE has faced more than his fair share of challenges in the past, but climbing Kilimajaro is his most recent, and it's for a great cause. 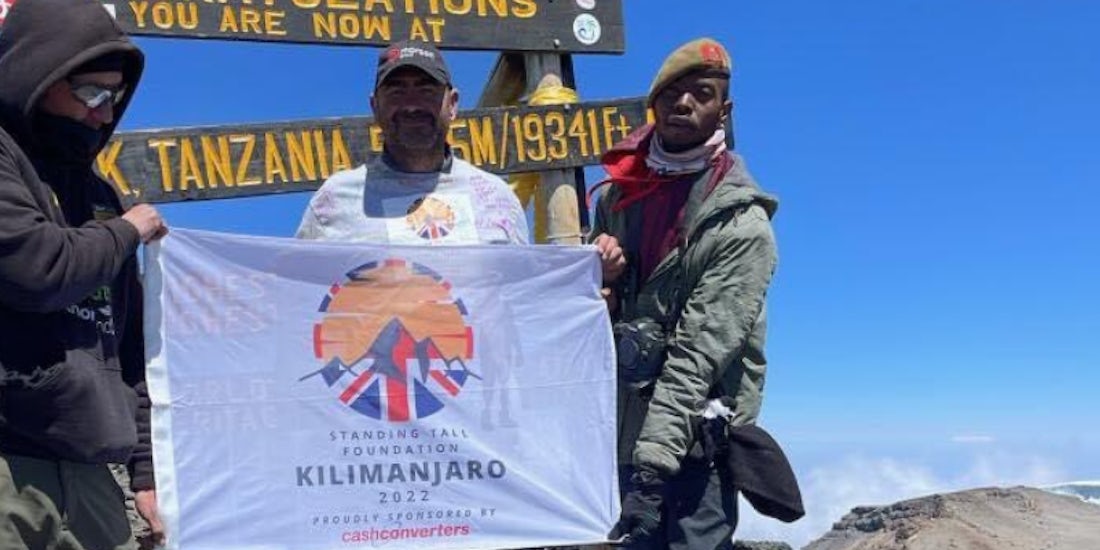 Our brand ambassador, Andy Reid MBE, has become the first triple amputee from the UK to climb Kilimanjaro. Andy has taken on the record-breaking challenge to mark the 13th anniversary of getting injured in Afghanistan. We’re proud to say that Andy is an inspiration to not only us at BrightHR, but to the world.

Read on to find out more about Andy, why he's our chosen ambassador, and the amazing cause behind his climb.

In October 2009, Corporal Andy Reid MBE was serving as a soldier in Afghanistan. While on patrol, Andy stood on a pressure plate improvised explosive device (IED). As a result of the explosion Andy lost his right leg below the knee, his left leg above the knee, and his right arm.

In the 13 years since Andy’s injury, he’s become a motivational speaker, a business owner, and founded the Standing Tall Foundation.

Having such severe injuries affects someone for the rest of their life. In Andy’s case, he’s using his experiences to inspire and motivate everyone around him to be the best version of themselves.

At BrightHR, we’ve been lucky to have Andy speak to several of our teams. Not only has Andy inspired our teams to excel and provide the best service they can, but also raised the importance of having honest conversations and looking after eachother.

Having such a different path of life means that Andy has experienced something that not many other people have gone through and showed his determination to help by founding the Standing Tall Foundation in 2020.

The Standing Tall Foundation focuses on promoting the mental health and physical wellbeing of all community groups, by providing free professional support and services. On top of this, the foundation also extends their support to help people in financial hardship, including the homeless.

Andy has constantly challenged himself, always pushing himself and those around him to be the best version of themselves. And being the first triple amputee from the UK to summit Kilimanjaro is the best example he has set so far.

It is estimated that Andy used around 200% more energy than an able-bodied person climbing Kilimanjaro which makes his summit in 12 days even more impressive. The climb has been made to fundraise for The Standing Tall Foundation, for them to be able to continue to offer free mental health and addiction support for those who need it.