Did a suspicious number of employees call in sick after England’s win against Tunisia? Here’s how to tackle absenteeism. 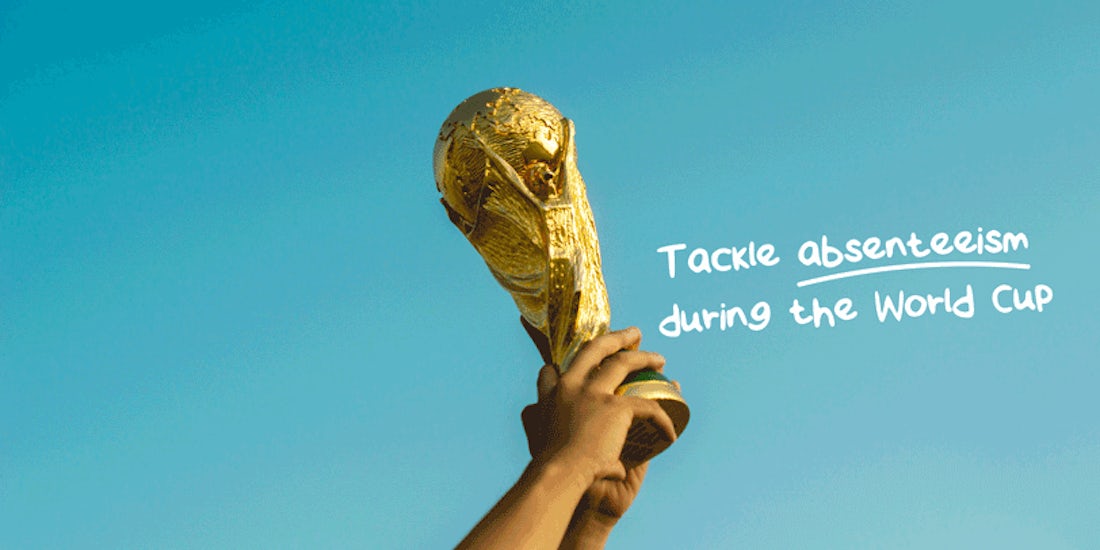 Admit it. You’re starting to believe that England can win the World Cup.

Your better judgement is telling you that you’re getting ahead of yourself, especially after last night’s lacklustre performance against Belgium.

But Harry Kane’s stoppage-time goal against Tunisia and the magnificent 6-1 victory over Panama has you thinking the unthinkable.

You wouldn’t be so excited though if you knew how England’s success was affecting your team’s attendance.

The day after England’s 2-1 win against Tunisia, Bright HQ was abuzz with people chatting about their previous night’s celebrations. And it got us thinking.

Did more people call in sick the day after England’s match than usual?

To find out, we analysed the data put through our software and compared a typical Tuesday’s attendance with the day after the match (Tuesday 19th June).

We found that on an average Tuesday, BrightHR’s customers record 1,435 absences and late starts. But on Tuesday 19th, they recorded 2,242 absences after England’s win.

The city with the biggest hangover was Leeds, where 349 people (or 15% of staff) called in sick or were late into work—more than four times the city’s average.

So does this mean staff attendance will drop after every England win?

We analysed our data after England’s second match against Panama and got a very different outcome.

The data showed that Monday 25th June—the day after the match—had the lowest sickness and lateness for a Monday in the last 30 days.

After such high absences the week before, employers might have warned staff about calling in sick on the Monday, or put together a sporting events policy.

But that’s not all you can do to tackle absenteeism in your workplace.

Time for a half-time team talk

With just over two weeks left of the World Cup, there’s still time to sit down with your staff.

Remind them of the rules for reporting sickness and tell them that you’re monitoring levels of attendance during the tournament.

Make it clear that you understand there will be cases of genuine sickness, but that unauthorised absences or patterns in absence could result in disciplinary action.

To discourage them from pulling a sickie, you could offer staff flexible working. This might mean that they come in later, leave earlier, or even work from home.

You could also relax your holiday rules and authorise any last-minute requests. Or for a quick win, put a TV in your workplace so your staff can watch the beautiful game while they work.

Coming up with a plan to tackle absenteeism during the World Cup will keep your business ticking over while the tournament meets its final stages.

And it’ll let you get back to dreaming of a world where England are the 2018 World Cup champions.

Back to Management talk

Why staff independence is key to beating ‘The Great Resignation’

Why holiday inclusivity is a gift to your business