A recent report published by the Journal of Hand Therapy showed that the grip strength of current 20-34 year olds was much weaker than that of those in the same age group in 1985. 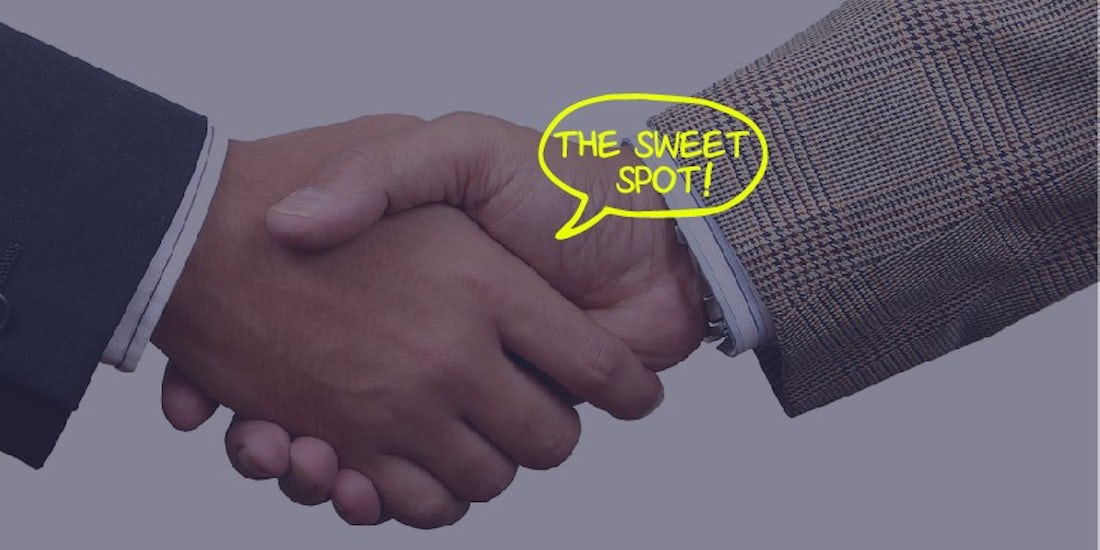 This led some publications to play the ‘Millennial guys have weaker handshake’ card. Generational strength wars aside, this sparked a lively office debate about the handshake - and naturally the bad ones we’ve experienced.

The Rejector - Is there anything worse than a rejected high five, no there's not, but the rejected handshake is up there. You put your hand out ready for the shake and…………….nothing. Whether they do this by accident or on purpose it doesn’t matter, you just want the ground to open up and swallow you whole. But like the high five - how do you react? Do you leave your hand out and hope the that it was just a momentary lapse on the other person's part or do you style it out? The old hair sweep is a classic styling it out tactic here.

The Dead Fish - Limp, lifeless and sometimes a little bit wet. The whole experience makes you feel uncomfortable and uneasy. Like the time you realise you’ve been calling your friends new girlfriend by their ex-girlfriends name all night and they haven’t corrected you, that kind of discomfort.

The ‘What the Hell’ - This is a hard one to describe as it can take a number of different forms. But basically it’s that shake that leaves you thinking... ‘What the hell?’. Whether that be the handshake that’s more of a wrist grab, the one that’s accompanied by an intense eye lock, the one where they tickle or rub your hand mid shake or just the one where they won't let go for what seems to be an age. What the hell are you doing you creepy weirdo…?!

The Side Five - Think of a high five but sideways and then straight into the shake. It's defined by the slap of skin and the feeling that you are about to be pulled into a shake hug combo. It’s certainly not the worst out there, but let’s face it, not the best.

The Power Play - You’ve probably seen it on the news when two world leaders meet. It’s the standard handshake but with the addition of placing your hand on the other person’s arm. To really emphasise who’s got the power, go for the upper arm pat, classic alpha dog move.

The Crusher - Becoming a bit of a rarity these days, but everyone has surely experienced a crusher. The classic crusher has such an immense grip that you lose hand function for at least five minutes, and that's a best case scenario. Worst case is that they turn every bone in your puny little hand to dust.

Ready to be named and shamed on our scale of lame handshakes? Or got a handshake horror story to share - tell us on Twitter @brighthr_uk

Commuting in a crisis: Supporting your staff with transport costs