Find out how the European Court of Justice’s latest ruling affects your business. 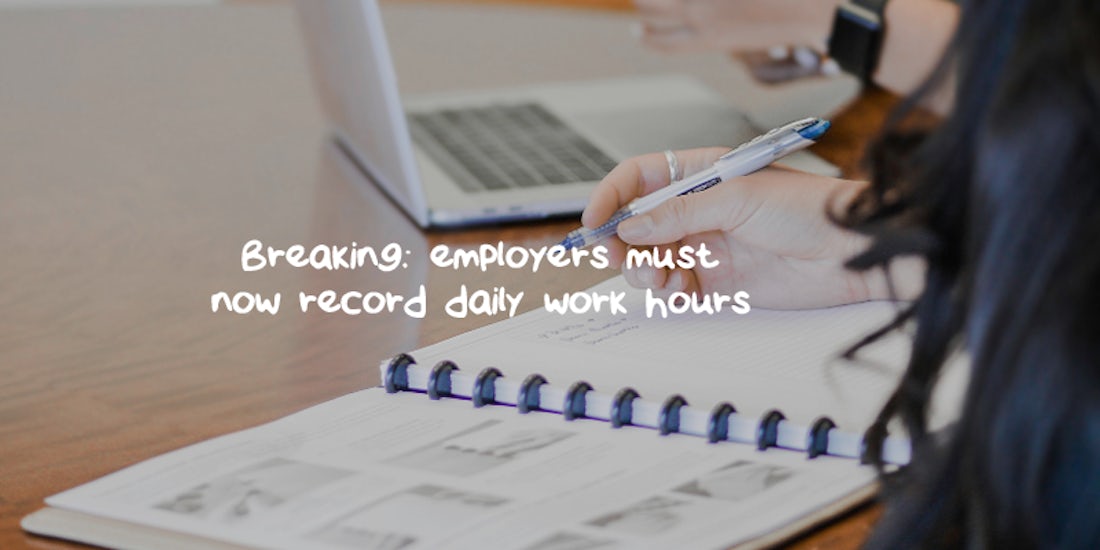 On the 14th May 2019, the European Court of Justice (ECJ) made an important decision that means you must now record your staff’s daily work hours and breaks.

The ECJ ruled that all businesses in the EU must have a system that records staff’s daily working hours, including rest breaks and periods.

It said that this was necessary to make sure that staff aren’t working more than the maximum weekly and daily limits, and are taking enough breaks during and in-between shifts.

But that differs to what UK law says…

Under Working Time Regulations 1998, employers must keep ‘adequate’ records to show that workers aren’t working over 48 hours a week. But it doesn’t say that you must record rest breaks and periods.

So who should you listen to, the ECJ or UK law?

Because if an employee takes you to court over breaching working rights, the court will take into consideration this latest ruling. And it’s unlikely to rule in your favour.

That could see you face hefty penalties or even prison time. And it doesn’t matter if we’ve left the EU by then…

The ECJ judgement happened while we were still EU members, so it remains legally binding under UK law. That means you need to find a system that tracks your staff’s work hours right now.

And scribbling notes on scraps of paper won’t cut it. You need a clocking system that’s affordable, easy-to-use, and secure…

Blip’s a free clocking in and out app that records your staff’s work hours.

At the tap of a button, you can see who’s in, who’s off, and who’s on a break. And it saves all this information for you.

So if you ever need to fight a court claim, you can check your team’s work history in seconds. There’s no long wait to get Blip installed either…

It’s ready in Google Play and the App Store for you to download now.

Not a BrightHR customer? Get a free demo today to see Blip in action.