How can we encourage more women into tech?

As we celebrate International Women’s Day 2019, we look at how we can encourage the next generation of future female leaders. 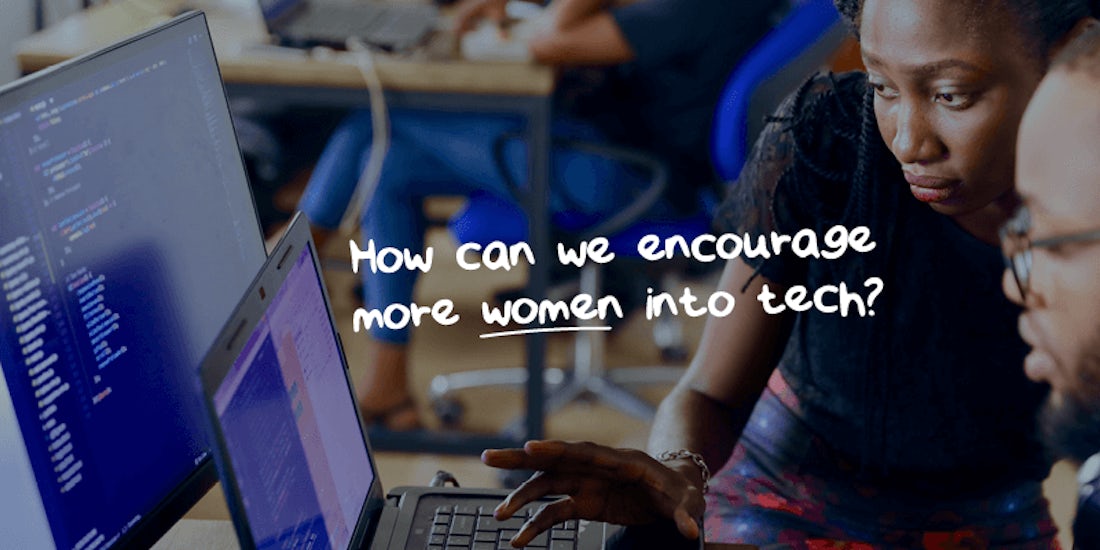 You can’t ignore the lack of women in tech. We see it every day in our own office.

But as much as we encourage more women to join us at BrightHR, we still don’t get enough women applying for tech roles.

Over a two-month period in 2018, BrightHR received just one female applicant across five tech vacancies, equating to a 0.5% female application rate. And a year on, not much has changed.

So it got us thinking... are girls encouraged to take on a career in tech? And is there enough communication between workplaces like ours, and schools to open the right doors for girls interested in tech?

We enlisted 16-year old Holly to tell us what she thought.

Our interview with an aspiring techie

Holly is at a crucial time in her life. She’s currently choosing her A-levels and deciding what she wants her future career to be.

And a career in tech is something she’s seriously considering. So we invited her to Bright HQ to talk to one of our full stack developers about the industry.

When we asked what kind of job she might like to do, Holly explained: “I want a technical job, but at the moment I don’t know exactly what. I’ve heard of front-end and back-end developers but I also like graphics, so UX might be a route to go down. I just want to know more about what’s out there.”

Holly went on to describe her motivation for working in technology: “I want a job that is future proof. Everyone knows that computers are the future, so I want to do something that will still be around in 10 years’ time.” And Holly isn’t alone.

However, the percentage drops significantly in girls aged 14-17. We asked Holly whether she felt like her interests had been supported: “Not really. My school offer Computer Science as a GCSE but the teachers didn’t really encourage me to take it, so I chose graphics instead.”

That’s not unusual either. Women are often guided towards more creative industries rather than roles like computer science and hardware engineering.

In fact, girls as young as 16 are often outnumbered in IT classes, with Holly being just one of three in her class.

So what have we learnt?

Holly’s experience tells us that schools can do more to encourage young women into the technology sector. We also need more women to move through the ranks to inspire young girls to dream of a career in tech.

That’s why at BrightHR, we’re bringing Holly on board for a week to experience our industry. We’re teaming her up with some of our best female talent to mentor her and give her career tips.

And who knows, we might have a future tech leader on our hands.